If you think your ute can tow 3500kg, think again. Most can’t realistically tow anything like the manufacturers’ bold claims.

We’ve all seen the advertisements depicting a vehicle charging up a hill towing a massive boat or caravan, with superimposed graphics boldly assert a tough 3500kg towing capacity.

The fact is this is advertising hype for most utes. Even those with 3500kg capacity cannot realistically tow more than 3000kg legally when carrying a load in the ute.

We first dealt with this subject back in 2015. And although many consumers have been inconvenienced (or worse), the situation has hardly improved.

What weight you can really tow 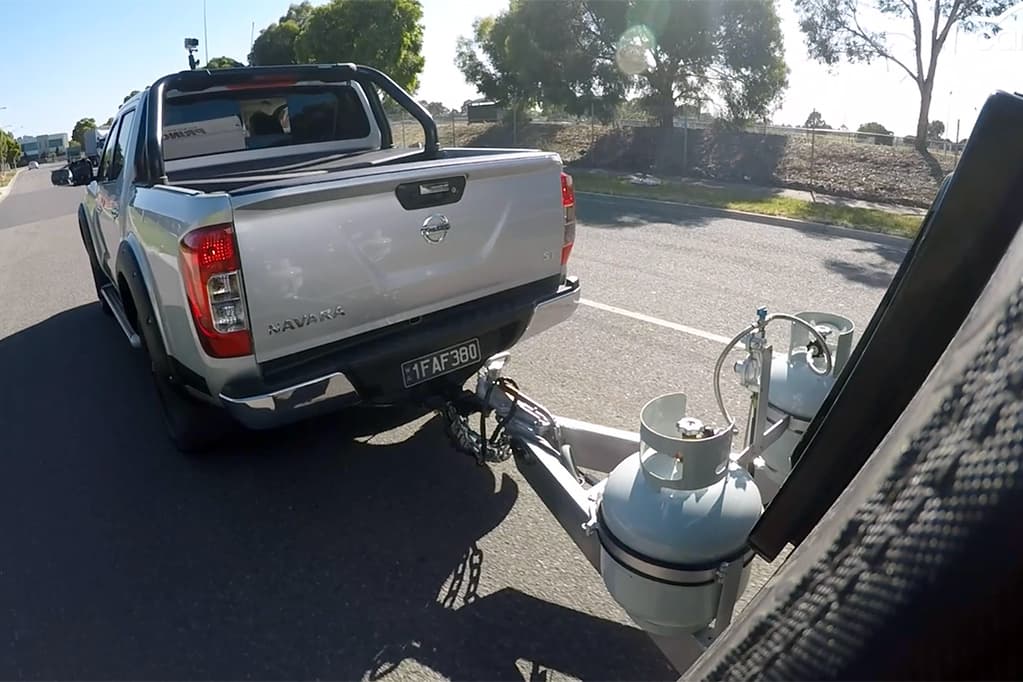 .
For that reason we’ve tabled the most popular utes below to show what they can tow when laden. So rather than explain just how little weight you can carry in the ute when towing its maximum permitted amount, here we’re showing you what weight you can realistically tow, after you have loaded up your ute to its maximum allowed weight.

Why is 3500kg the magic towing weight to aspire to in the first place? That’s the maximum a light trailer can legally weigh according to Australia Design Rules, so as a vehicle manufacturer if your ute can tow this, it’ll tow anything that a buyer is likely to hitch up. With bigger and heavier trailer boats and caravans more popular than ever, trailers weighing 3000kg-plus are perhaps not in the majority just yet, but at this rate they soon will be.

A 3500kg towing capacity has become a ‘standard’ specification like the seven-seat capacity SUV — it is ‘given’. Release a six-seater SUV or a 2500kg tow capacity ute and see how that goes. Many buyers will go elsewhere. 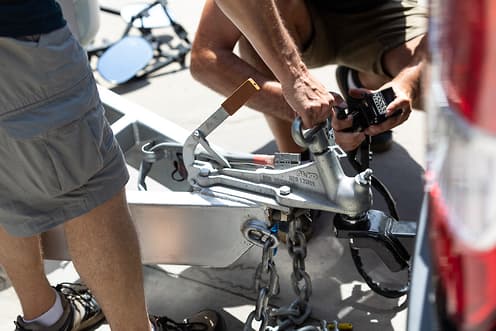 How does a manufacturer decide that its new ute can tow 3500kg? It gets its engineers to tow-test the vehicle during vehicle development and monitor a stack of vehicle components such the cooling system, the powertrain, the suspension and brakes while towing various weights.

Some even use a trailer that has a variable resistance axle set — they can vary how hard the vehicle is working by making the trailer easier or harder to pull.

The manufacturer decides on payload and towing capacities that include a buffer. They know when components such as differentials or transmissions will fail or springs will break, or the engine overheats, because they have (in theory) tested this stuff until it broke.

However, somewhere either before or during development a scenario such as this must occur: The marketing department calls engineering. Maybe they ask something like, “Is 3500kg towing possible for the new ute?” Engineering tells them that of course such a thing is possible, but with restrictions, primarily a reduced payload. 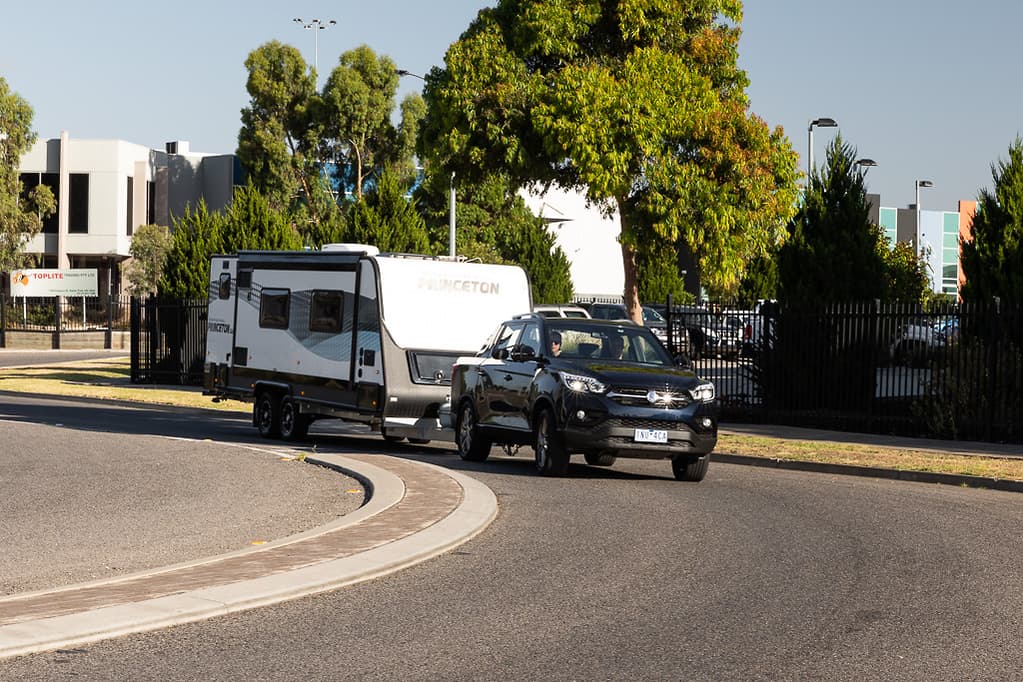 The reality is that most utes can’t carry much in the way of people (or gear) and tow 3500kg at the same time. It’s simply too much weight for the ute to handle, whether it’s a mechanical issue or a dynamic one.

Provided you don’t block the road, no-one cares if you cook your engine or break your transmission because you’ve overloaded your ute and are towing too much weight.

Break a spring and crash into someone, then you’ll get a whole lot of attention. The weight limits set by the manufacturer is as much a law you are supposed to abide by as much as a speed limit is.

In a society more focussed than ever on accountability (including drivers not dangerously overloading their vehicles), you’re obliged to abide by weight limits.

Gone are the days of ‘she’ll be right’. In a worst-case scenario, after a fatal crash an overloaded rig could well see you slapped with a manslaughter charge. Step back from that and you’re still facing not only the possibility of negligent driving charges but the risk your vehicle and van or boat insurance policies are now worth nothing. 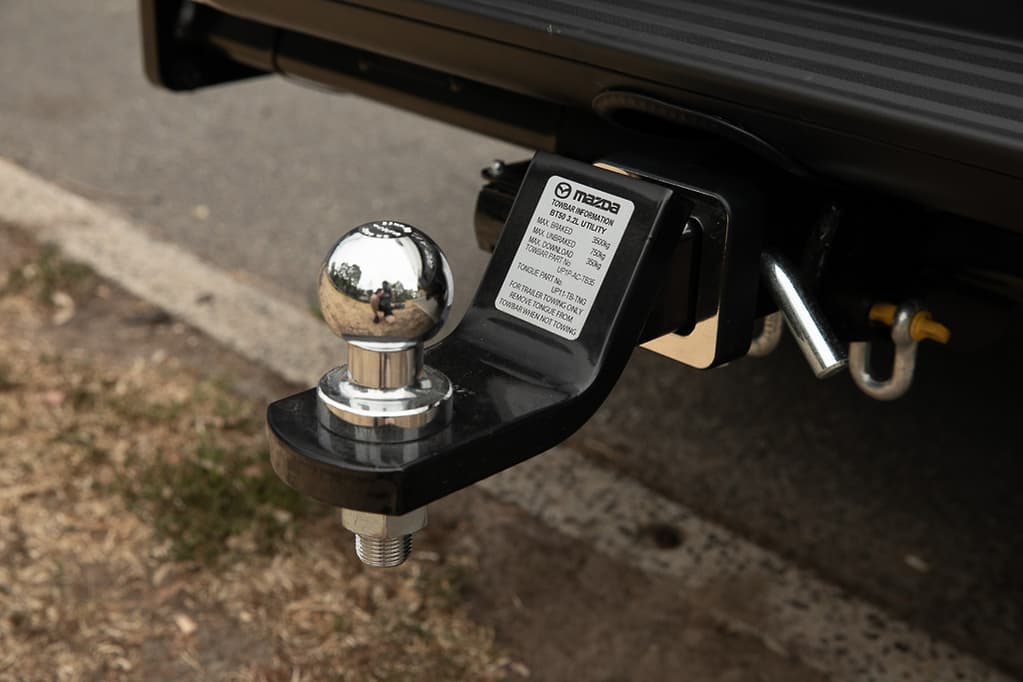 GVM is the total weight the vehicle can legally weigh. That means as it sits on the road, with its payload. The payload is everything and everybody in the ute including the gear fitted to the vehicle after it lands at the dealer. So items such as a canopy, bullbar, mud-terrain tyres, towbar (if not standard equipment) are all counted as payload. When a trailer is hitched up to a vehicle, it adds weight to the tow vehicle, called towball mass (TBM). This too is a part of payload.

GCM is what your vehicle and van can weigh all together, as they sit on the road with everything and everyone in the rig.

Instead of figuring out how much gear you need to leave behind to tow at the vehicle’s maximum, it’s better to work out a realistic towing maximum after assuming a full payload on the vehicle.

Real legal towing capacity is gleaned by firstly taking GVM away from GCM. That leaves you the total trailer towing weight that the vehicle can tow, regardless of where that weight is shifted (that is, even though around 10 percent of that becomes vehicle payload via towball download).

Then, of course, you have to subtract the TBM to get real payload capacity of what are often described as “one-tonne” utes.

As we discovered, you’re not left with anything like one tonne payload when towing. 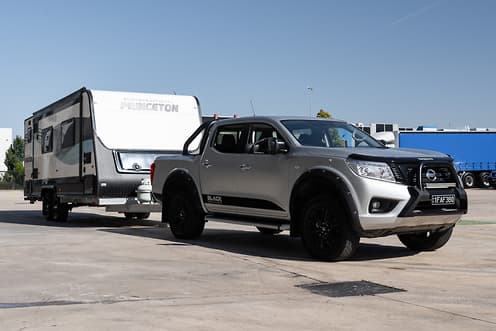 There is the argument that if towball weight is actually vehicle payload once you’ve hitched up, then the trailer weight sitting on its wheels (a weight called Gross Trailer Mass) should be considered the maximum towing weight. That’s not how towing capacity is defined: like it or not, the vehicle industry defines maximum towing capacity as Aggregate Trailer Mass (the total maximum weight of all of the trailer — including towball weight).

Payload is measured by subtracting GVM from kerb weight, which is usually given by the vehicle manufacturer.

But what if that figure is wrong? We got Ian McCallum from WeighStation to weigh the 10 utes in our recent Best dual-cab 4×4 ute award only to find all but one of the utes was over its manufacturer stated kerb weight.

We’ve incorporated the corrected (measured) kerb weights as part of our Claimed v Real towing capacity and payload table. You can also see the measured weights and the difference between them and stated weights in table two. 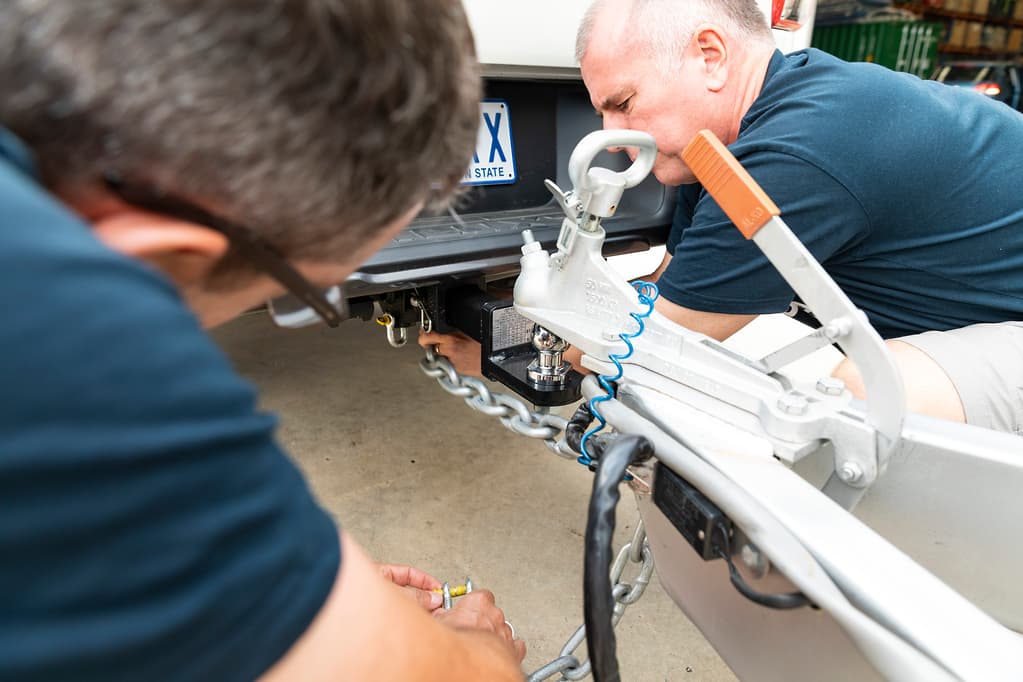 All but the HiLux can tow between 2800-3000kg, with the Ford, Holden, Isuzu and Mazda also able to carry a payload exceeding 600kg at the same time.

Even though the Navara can tow the most legally while carrying its maximum payload (that is, subtracting the 2910kg GVM from its 5910kg GCM, making for a 3000kg towing capacity), perversely the allowed payload has to be reduced significantly.

That’s because Nissan says payload must be reduced by 410kg if you have a 300kg towball download.

At eight per cent towball download, you can tow up to 2500kg, but with much less than that (eight percent) you will have to invest in an anti-sway coupling. The Navara is by no means a towing natural. 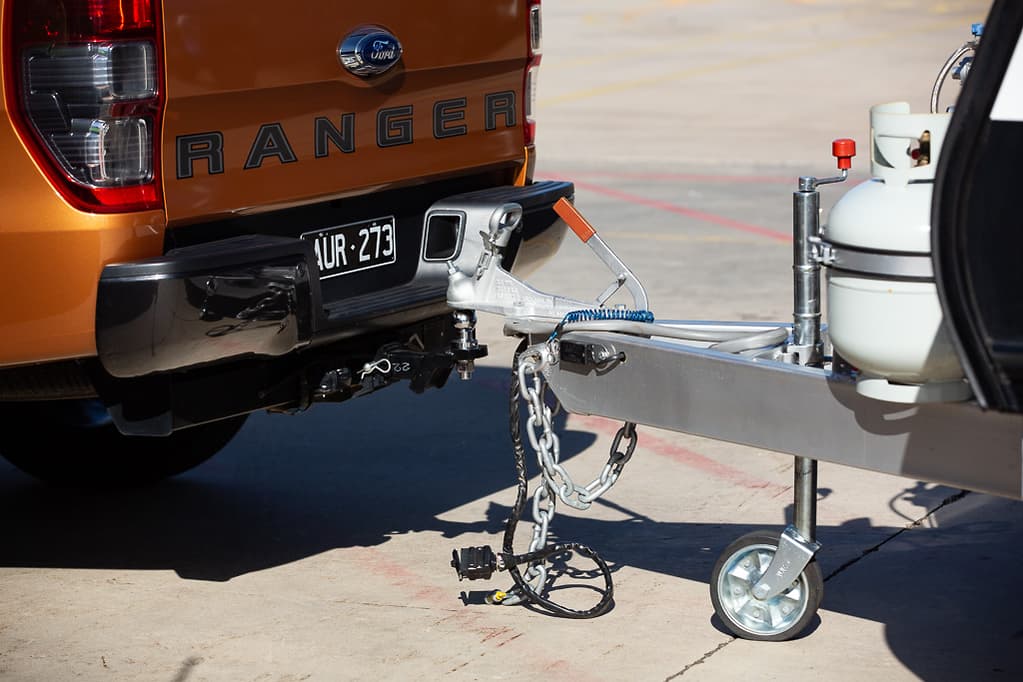 Unbreakable but a lightweight

Of the mainstream brands, the dual-cab 4×4 ute able to tow the least amount in a realistic scenario was the Toyota HiLux — a total of 2650kg can legally be towed while it carries a maximum 504kg permitted payload.

Even though trailers such as caravans and trailer boats are getting heavier as buyers expect bigger and better (and heavier) features in their caravan or water craft, clearly you have be realistic about what you can carry in your ute and what you can tow behind it.

Either that or you have to buy a large US-sourced full-sized pick-up with a much higher towing and payload capacity. The Chevrolet Silverado 2500HD and RAM 2500 are examples of these vehicles now available Down Under with strong manufacturer warranty and back-up.

It also pays to not guess what weight you’re loading into vehicle or trailer, but to actually get your rig weighed at a public weighbridge or at home by a company like WeighStation.

*Nissan Navara real payload is based on Nissan’s edict that payload must be reduced by 410kg below GVM when towball download is 300kg.

Rated to IP67 and IP69, capable of sumersion and high pressure water blasts with complete protection from dust.

Designed and engineered to produce the the closest imitation light to natural daylight (6000K),
ensuring the area you’re lighting is well lit.

Rated to IP67 and IP69, capable of submersion and high pressure water blasts, with a dust proof
seal. 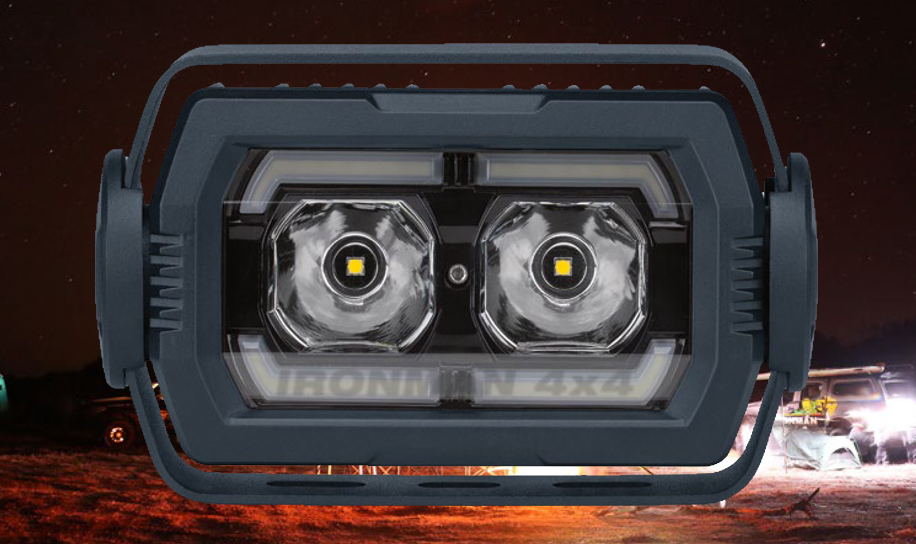 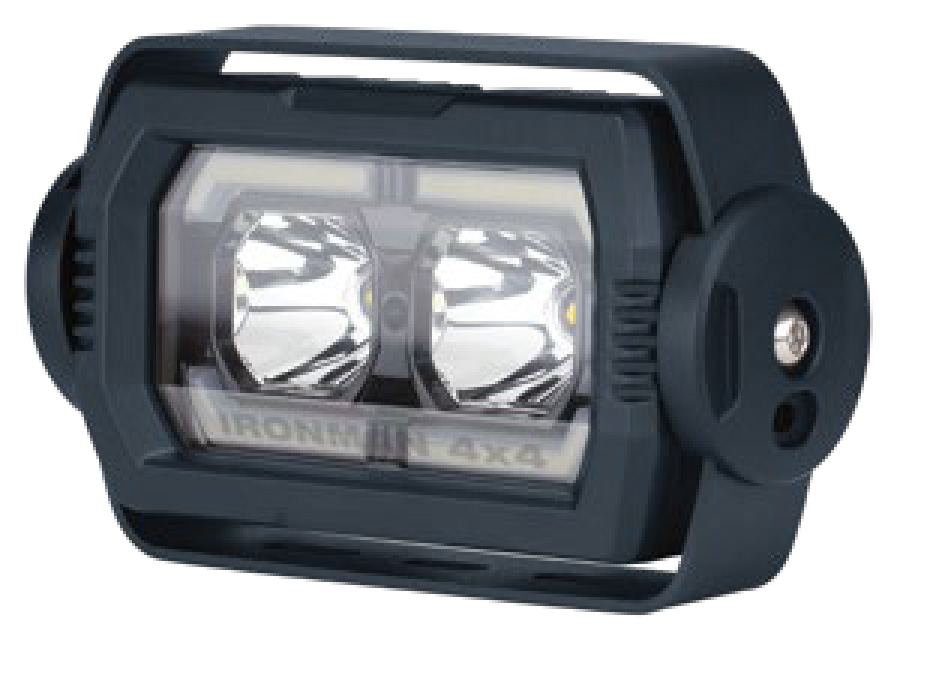 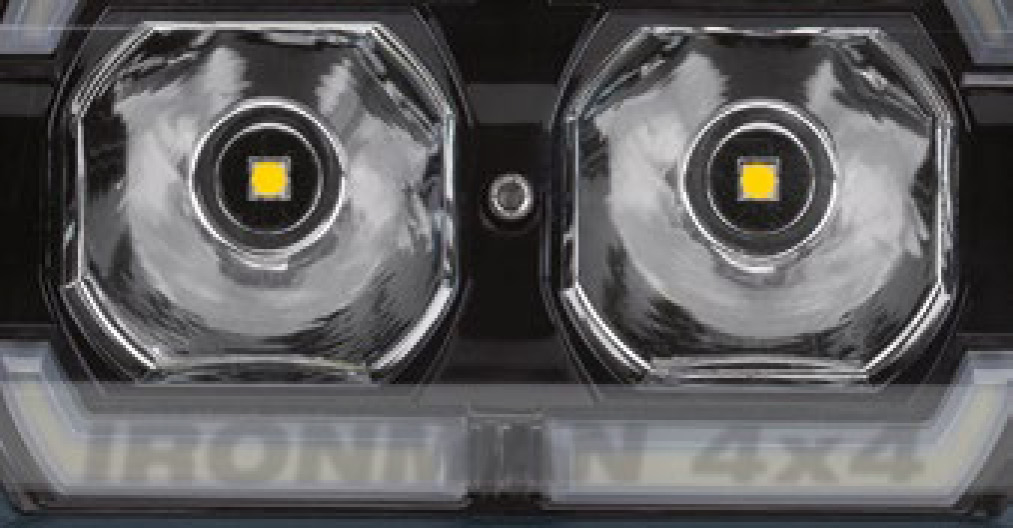 The UH9060 is the latest CB Radio in the Trade Quality Professional Series of UHF Radios. This compact and durable mobile radio provides the best communication on road while keeping you connected even in the most remote locations. The UH9060 is a remote head UHF Mobile with large LCD Display solution ideal for drivers of 4WD and Motorhomes where size is an issue. The Remote head unit can be mounted on the roof or dash of inside the vehicle and features Instant Replay allowing you to record and replay up to one minute of recent received signals ensuring important transmissions are not missed.

The UH9060 is also equipped with the latest technology “Voice Enhancer”. Voice Enhancer allows you to choose from 4 different audio settings (Normal, Bass, Mid-Range and High) to provide a Natural Voice Enhancer for performance second to none.

Only Uniden can bring you this technology – Voice Enhancer 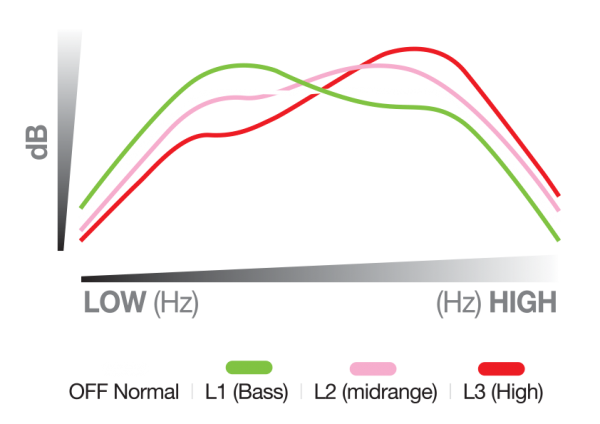 The unit has a Remote Speaker Microphone with a built-in Large LCD Backlit Screen, which allows you to control all functions and features remotely, including volume and Power On/Off. Choose from 7 backlit display colours and 3 brightness levels for easy viewing at night, low light situations or just to suit your personal preference. This unit also features Instant Channel Programming and Recall at the touch of a button which is located on the MIC.

Built for rugged Australian and New Zealand conditions, the UH9060 compact size makes it ideal for the truck drivers, 4WD Drivers, and Caravan Drivers where it can be installed anywhere in the vehicle. Uniden’s reliability and experience in UHF makes this unit ideal for the professionals who needs to keep in touch with the outside world.

The CB Radio is also 12 / 24 voltage compatible meaning the CB radio can be installed in almost any vehicle.

The UH9060 is a 5W CB Radio with built MasterScan® technology allowing you to seamlessly communicate on not just one channel but a group of channels. If your current channel is interrupted by others outside the of the group, all radios in your group will automatically hop to a new clear channel allowing for seamless uninterrupted communication to continue. 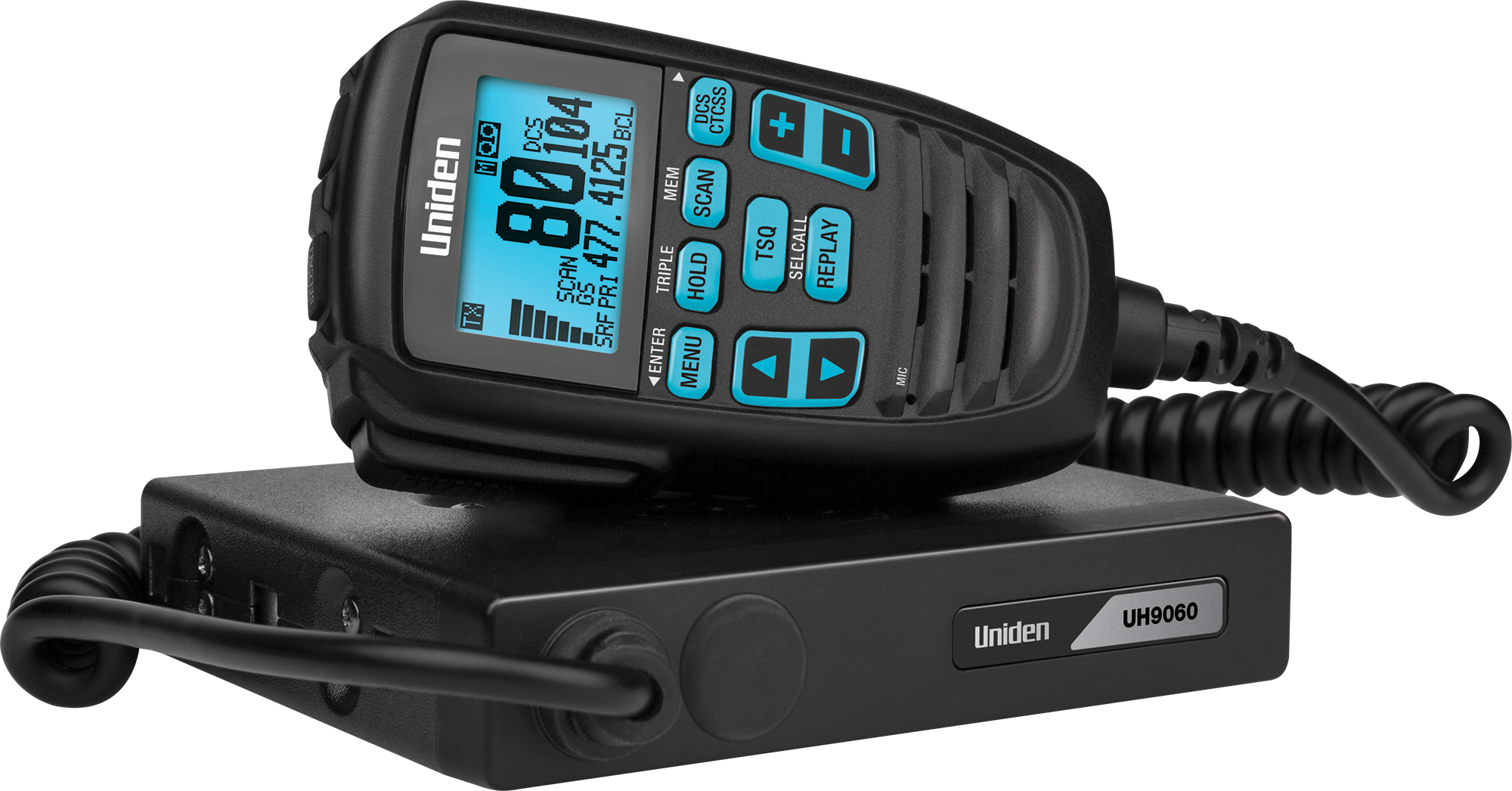